This January is the Coldest in Recent Bulgarian History 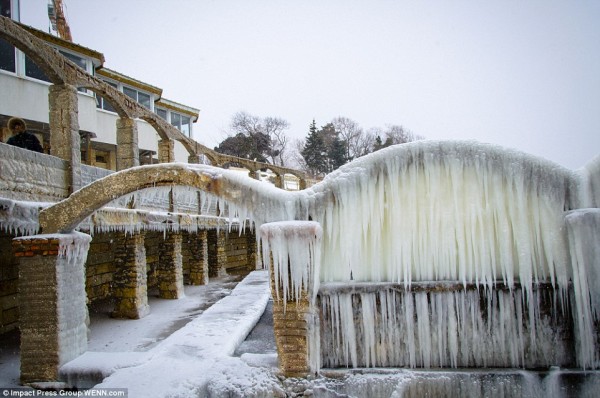 This January is the Coldest in Recent Bulgarian History

A record 400,000 foreign tourists have celebrated Christmas and New Year’s Eve in Bulgaria, despite the fact that the last couple of months being the coldest in recent Bulgarian history. January 2017 is said to be much colder than what has been measured in recent years, according to meteorologists in the country.

This is still a great time to hop on a flight to Bulgaria from Ireland as Bulgaria has emerged as a major winter destination. Ski resorts such as Bansko, Borovets and Pamporovo have attracted hundreds of thousands of tourists in January. But let’s get a sense of how cold this winter has been in the country.

An official from the National Institute for Meteorology and Hydrology (NIMH) said that snowfall would be steady in Bulgaria this January. Minimum temperatures are expected to go down to as low as -15 degrees, while maximum temperature won’t be any higher than -5 degrees. This is easily the coldest that it has been for a while in Bulgaria.

Temperatures are expected to start rising after mid-January. Snowfall is expected to decrease after January 20. The weather is still expected to be cloudy for the most part. There’s expected to be intermittent rainfall and snowfall over Bulgaria for the rest of the month.

The situation is especially stark in Eastern Bulgaria. The country’s weather department has sounded a Code Orange warning. The snowfall is projected to be higher this year than it has been in recent years.

A lesser warning, Code Yellow, has been sounded in the rest of the country.  Western Bulgaria and Central Bulgaria has been relatively unaffected by the biting cold this winter.  Here the minimum temperatures are between -9 and -14 degrees Celsius.

The sub-zero temperatures are expected to persist in south-eastern Bulgaria. There are possibilities of cold snaps or blizzards striking some parts of the country. The south-eastern region has been badly affected, with many roads closed because of the heavy snowfall. Some of the villages here have been cut off completely, with no access to power.

The problem has been that there’s a lot of rainfall in some parts of the country. The raid gradually turns into ice over time, because of the dropping temperatures and covers the roads. This has made it difficult to drive on the Bulgarian highways.

But the situation is expected to improve gradually. The clouds have been dispersing gradually, and things are expected to become normal again by the end of January.

Meanwhile, a chunk of Bulgaria’s population decided to make the most of the winter and has headed to the winter resorts in the country. Winter resorts such as Bansko, Borovets and Pamporovo are full of people. Flights to Bulgaria are as packed as ever.