Bulgaria Celebrates 10 Years as a Member of the European Union 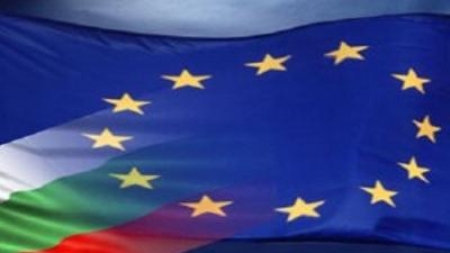 Bulgaria Celebrates 10 Years as a Member of the European Union

Bulgaria celebrated 10 years as a member of the European Union on January 1st, 2017. Joining the EU was a significant moment in the life of every Bulgarian, as they were no longer inhibited by the Iron Curtain of communism, and were now bona fide citizens of Europe.

Since then, Bulgaria has grown in leaps and bounds. Its economy has really blossomed, standard of living has improved and the country has become a popular tourist destination. There are today flights to Bulgaria from every major city in Europe, including popular options such as flight Dublin to Bourgas.

Importantly, in a time when so many people are sceptical about the EU, Bulgaria is one of the few countries where the European Union continues to be hugely popular.

The sentiments are very positive and there is none of the doubt that existed when the country had just gained full membership of the EU ten years ago. Back then, the EU had subjected Bulgaria to strict monitoring, forcing the government to introduce judicial reforms, fight corruption and combat organized crime.

Bulgaria is today well integrated into the European Union, despite being the poorest country in the Eurozone. Bulgaria has made significant progress with its per capita income rising from 41% of the average per capita in the Eurozone ten years ago to the present level of 47%.

As Ruslan Stefanov, an analyst for the think tank Center for the Study of Democracy based in Bulgaria says in an interview with the New York Times, “Bulgaria has clearly benefited since it joined the European Union. We’re richer, with a wider choice in terms of jobs and education across the bloc.”

That is true. An average Bulgarian earns $470 a month today, which is twice as much as when the nation had just joined the EU. Trade has improved significantly as the local businesses have been able to take advantage of being a part of the European single market.

Exports to other countries in the European Union, especially to Britain, Germany and France, have more than doubled over the last few years. Exports now account for a two-third of the sales generated by Bulgarian businesses.

As a veteran businessman based in Plovdiv, Bulgaria’s second-biggest city, Manol Peykov explains, “Since we joined the E.U., the country has become a more stable and less risky place to do business. If it weren’t for E.U. directives and rules, Bulgarian politicians would be untouchable.”

Olivier Marquette, who heads the Bulgarian operations for AES, a major international power company says, “The fact that Bulgaria is an E.U. member and there are a number of reforms on the way makes us believe that Bulgaria is definitely on the right track.”

These are certainly good days to be in Bulgaria. The country is finally fulfilling its potential as a major tourist attraction. Last year, 8.5 million tourists visited Bulgaria, which is phenomenal. Bulgaria has certainly come a long way in 10 years and the party has only gotten started.