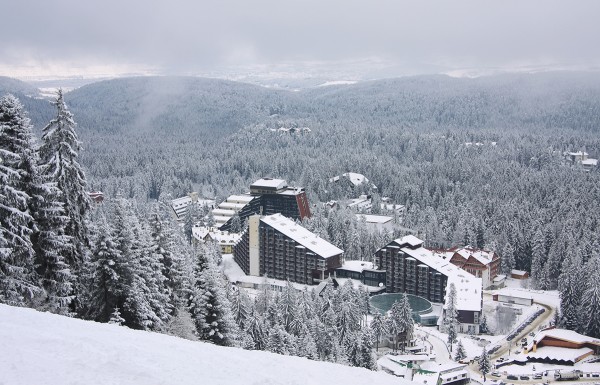 It’s the onset of winter in Bulgaria. The country is at its very best during winter, with its popular ski resorts such as Borovets and Bansko packed with people. There’s never been a better time to visit Bulgaria.

So did you book your flight to Sofia Bulgaria from Dublin Ireland as yet? You can’t afford to miss out on Borovets, which is one of the oldest winter resorts in Europe, and certainly the oldest in Bulgaria.

Borovets is located at the foot of Mt Musala, which is the highest peak on the Balkan peninsula. It is situated in the Rila Mountains, and has always been a favourite with the upper classes of Bulgaria. Today, it attracts tourists from around the world.

Borovets was once called Chamkoriya. It got its present name in 1942, which is translated as “a pine forest”. The resort is located at an altitude of 1230 to 1390 metres above sea level. It is surrounded on all sides by thick coniferous forests. It is about 45 miles from Sofia and 76 miles from Plovdiv.

The winter resort was founded in 1896, by Prince Ferdinand, the then ruler of Bulgaria. The prince liked spending his time at the village of Chamkoriya and built many summer villas and hunting lodges for the benefit of his friends. Eventually, Chamkoriya became a magnet for the high and mighty of the Bulgarian society, with the privileged rich spending their holidays there.

The resort became linked with a lifestyle that was only available to the aristocratic rich, which was beyond the means of average Bulgarians.  Every rich Bulgarian family considered it to be a matter of great prestige to have a summer home there.

The resort survived the World War 2, and following that became an abode of the new affluent class in Bulgaria – highly placed officials of the Communist regime. It was also opened to ordinary tourists for the first time. Many professionals and amateur skiers found the resort to their liking.

Budget hotels and skiing facilities were built by the state in the 1960s and 1970s, and Borovets became a favourite with winter sports fans across Bulgaria. It has hosted many skiing events, including the World Cup Alpine Skiing competition, which it hosted twice. It also hosted the 1993 Biathlon World Championship.

Borovets has 36 miles of marked alpine ski terrain, of which the longest runs for 7.5 miles. It has 22 miles of cross-country skiing tracks.  The pistes are accessible by a modern lift system.

The resort gets a decent amount of snowfall, up to 5 feet deep. The winters are never too cold, but cold enough.  If the snowfall isn’t good enough, then the management at the winter resort creates artificial snowfall using snow cannons.

Borovets has a very family friendly atmosphere, and is great for experienced skiers and first-time learners alike. There are a couple of great skiing schools for children.

You will enjoy spending time at Borovets, it’s a great place for a nice family vacation this winter.